LG recently decided to cut through all the hype surrounding various controversial celebrities by sitting down to interview them himself.  LG asks the hard-hitting questions.  He drills down to the unadulterated truth as only LG can do.   He's a no-nonsense, tell-it-straight, former Mr. Universe (2005 thru 2009), amateur FBI Profiler, volunteer Navy Seal, almost Heisman Trophy Winner and Raspberry Beret.  But, of course, LG doesn't like to brag.
_____________________________________ 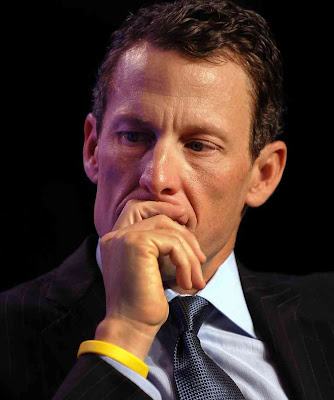 LG:  We'll start with you Lance, you lying bastard.  Why did you choose Oprah to interview you for the big revelations?

Lance Armstrong:  Well, I was hoping to get interviewed by skinny Oprah so that she'd look all emaciated from taking diet drugs and maybe I'd look better in comparison, but I got fat Oprah instead and so I just looked like an idiot.  You can't choose which Oprah you're going to get when you sign up, just depends on whether she's been hitting the snack food aisle or not.


LG: Did you really date Cheryl Crow or was that just a figment of your imagination?


Lance Armstrong: Hey, that's not me with the imaginary girlfriend, it's this other w'acko over here, Te'o.  I really dated Cheryl Crow, that is until she got cancer and then I dumped her immediately so that I could devote more time to Livestrong and fighting cancer.  And dating other, healthier chicks.


Oprah: Lance, I have a question for you as soon as I finish this Yodel from my private stash, stored away in case of Hostess's bankruptcy.  I have three million of 'em.


LG:  Whoa, whoa, not so fast Oprah, you already had your shot at him, this is LG's interview, back off bee-atch.


Lance Armstrong:  I used to inject steroids into Yodels.  Tastes great and gives you enough energy to stay up all night eating more of 'em.


LG:  Speaking of food, Kim Jong Un, what's that you're eating if you don't mind me asking? 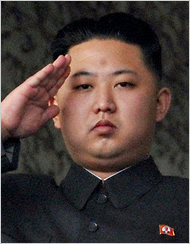 LG: What's with the long-range nuclear missile you guys are developing?    You have the government quite concerned.


Kim Jong Un: Ah, it's nothing.  We don't have enough food for our citizens but we like to spend government money experimenting with costly rockets.      You have any dog seasoning around here?


LG:  Manti, when did you first realize that your girlfriend was illusory?


Manti Te'o:  Far too late, I admit.  I should've figured that she was imaginary when she said that we had a chance at beating . 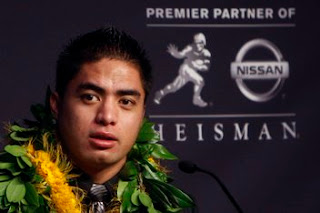 LG:  Well, I can understand that.  It seemed like Notre Dame was playing with an imaginary defense in the national title game. So why did you choose to do your first interview after the scandal broke with Katie Couric?


Manti Te'o:  Because I have a thing for imaginary women who don't exist and I figured she must be one because nobody I know ever saw her anchor the CBS Evening News.


LG:  What's with the apostrophe in your last name?


LG:  O'K.  I think that about wraps up today's interview session, you're all free to go see Dr. Phil now.

Posted by Lazarus at 10:50 PM 5 comments: Links to this post