Just the Fax - Halifax, Nova Scotia That Is...

LG and The Wife went to Halifax, Nova Scotia on Canada's eastern coast for a long weekend recently, eh? We chose mid-October because it's an ideal time to go if you like avoiding crowds of tourists and high prices, eh? We also avoided warm weather and many restaurants and attractions which close down in September, eh. You can't have it both ways hoseheads! 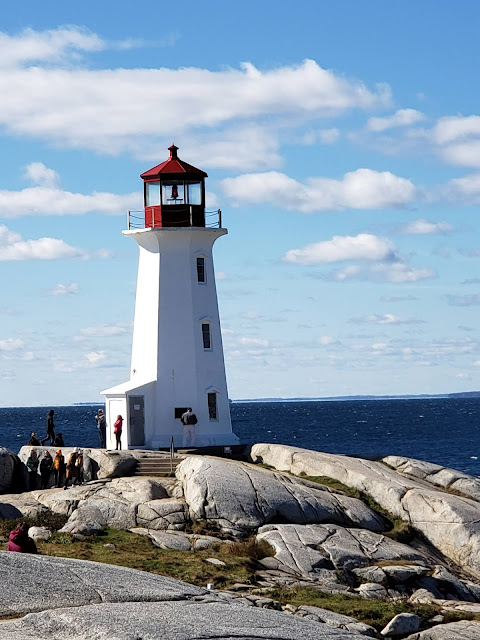 This is the lighthouse in Peggy's Cove, a town of 35 year-round residents about a 40-minute drive from Halifax on winding country roads. The town is very picturesque and chocked full of souvenir and arts/craft shops, eh?  Is my repeated use of the Canadian "eh?"  annoying you yet, eh? 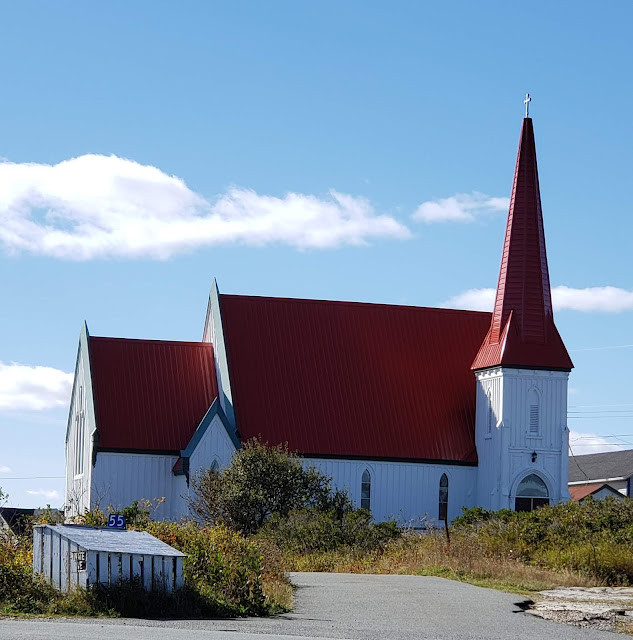 This is a church in Peggy's Cove. It can hold up to 200 collection-plate contributing tourists. 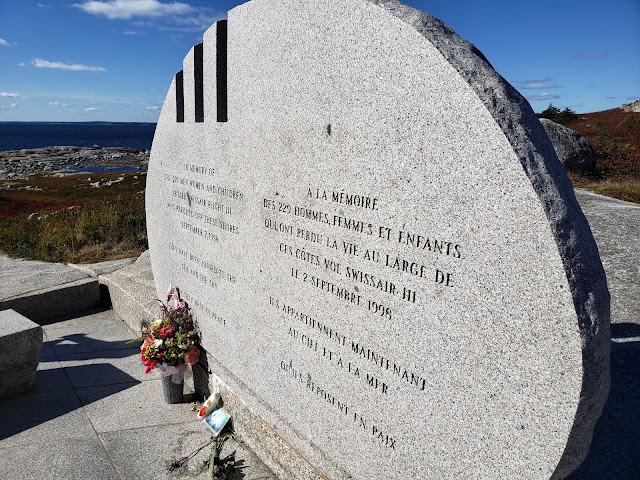 This is a memorial to the people on SwissAir Flight #111 who died when their plane went down off the coast of Nova Scotia in 1998. It's about a mile from Peggy's Cove.  A major part of the recovery operations after the flight went down were run out of Halifax. There were no survivors. 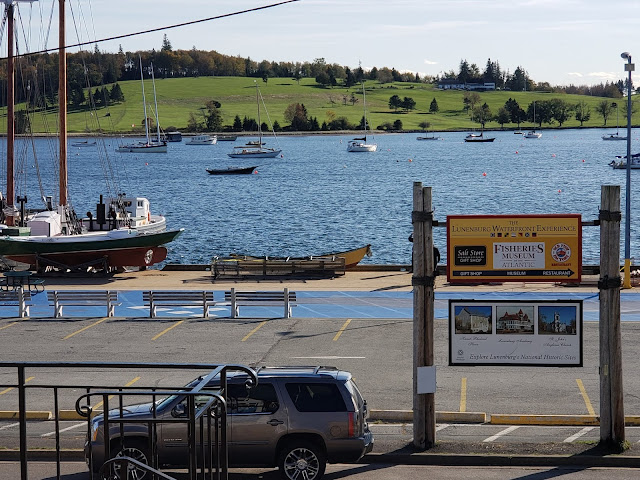 This is the town of Lunenberg, about an hour's drive from Hailfax. Quaint and charming little burg with the usual line-up of tourist traps and faux artsy fartsy venues. 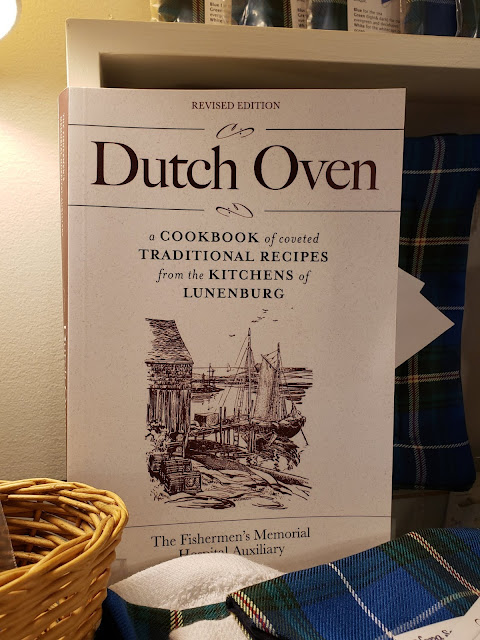 Speaking of "fartsy," every cultured individual knows what a "Dutch oven" is [in case you don't: It's when you pull the covers over a bed mates head and let loose with flatulence.] Who knew that you could actually cook in that hot space? Another life hack! This gives a new meaning to the phrase "rump roast." 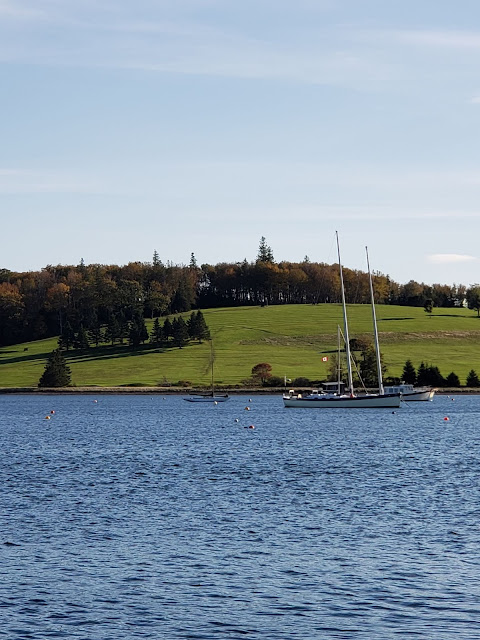 Another photo of Lunenberg, eh? 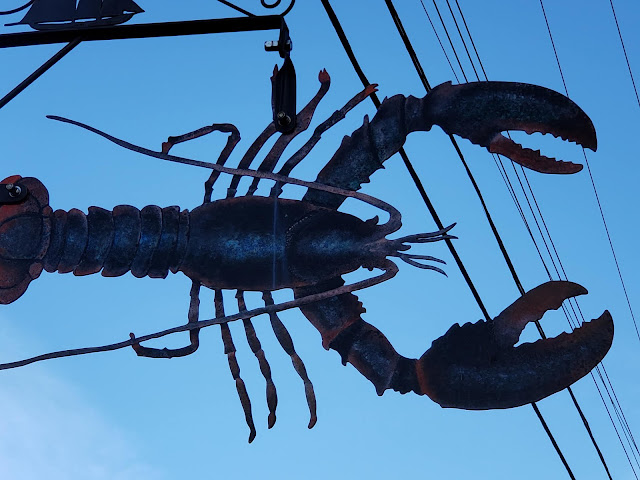 Nova Scotia, being just north of Maine, is home to a lot of delicious seafood, including the fabled flying lobster fish. This one is just about to swoop in on some Japanese tourists to steal their cameras. 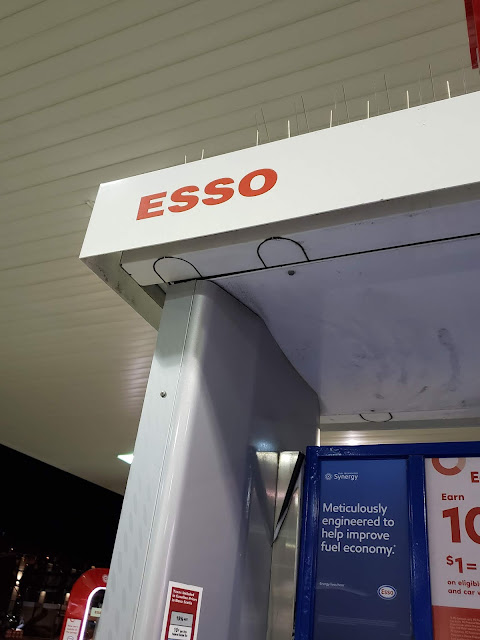 Canada is relatively advanced technologically, but still behind the times at the pump, where locals still buy their gas for their Model T's from Esso. Hey, without a full tank how are you going to drive to the Blockbuster Video store? 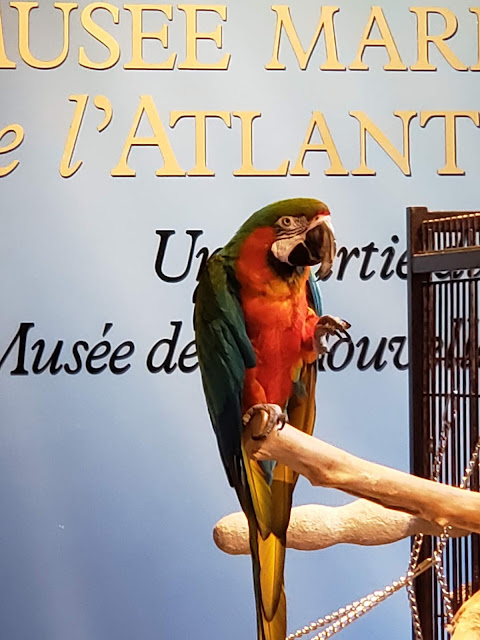 This is Merlin, the resident macaw at the Maritime Museum in Halifax. Macaws can live to be 90 years old when Colonel Sanders isn't around. 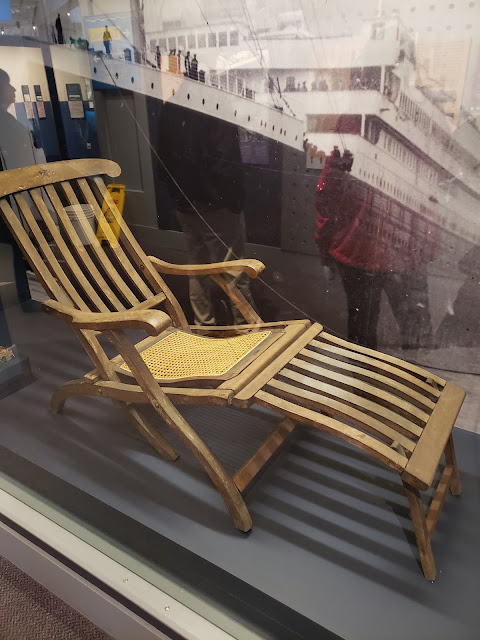 Many of the 700 or so survivors of the Titanic's 1912 sinking were brought to Halifax, as were the dead bodies and some of the wreckage. This is one of the few remaining deck chairs from the Titanic. LG tried to rearrange it in accordance with that old saying about trying to repair failing enterprises ("It's like rearranging the deck chairs on the Titanic") but the museum's security would have none of it. Not pictured: Celine Dion. 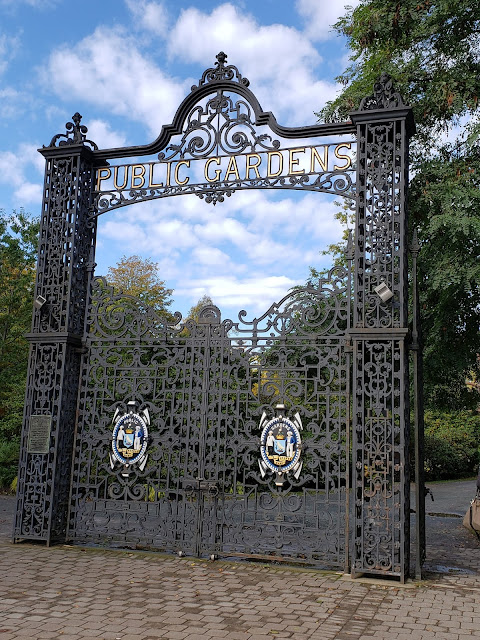 LG won't insult you by telling you that this is the entrance to Halfax's Public Gardens. Oops, too late...eh? 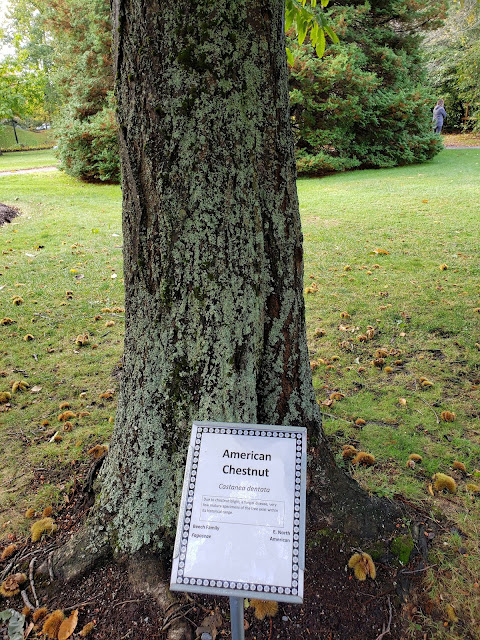 LG was pleased to run into another American at the Halifax Public Gardens. He appears to be an expatriate with American roots, although we are unaware of the family tree. 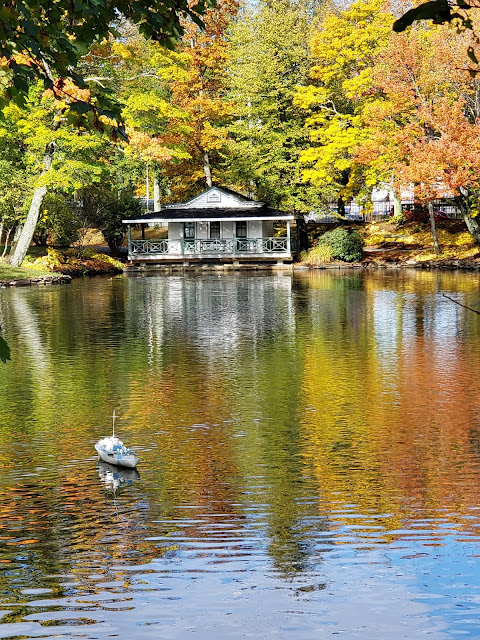 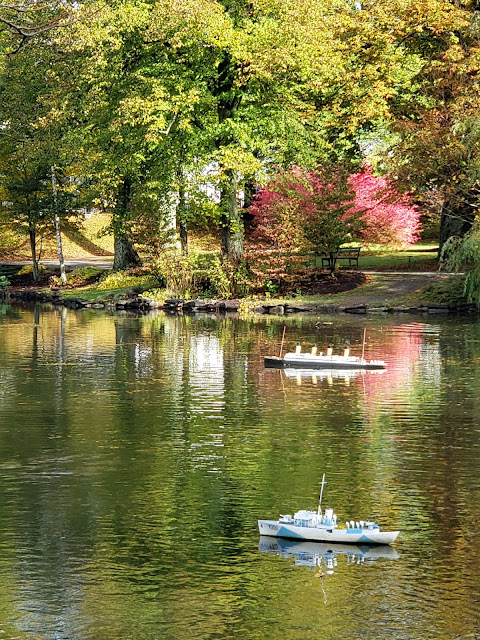 Two model boats on the pond in the Public Gardens are pictured shortly before LG re-enacted Pearl Harbor on them. 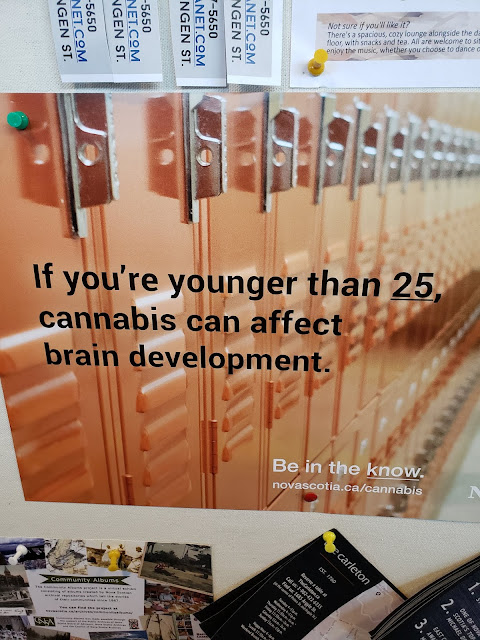 LG had a really witty caption for this one but he can't remember it now. Somebody pass the Fritos. 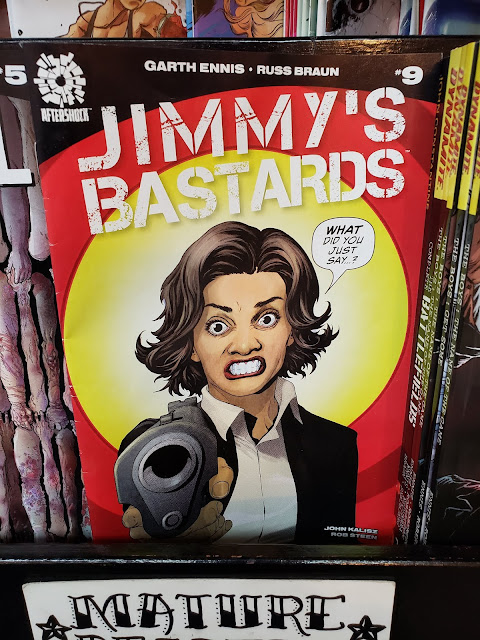 They have some unusual comic books in Canada. No offense intended to Jimmy's offspring. 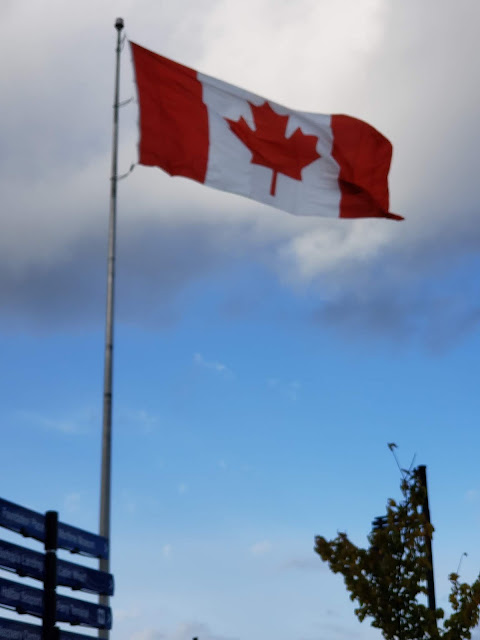 In case you forget where you are after consuming some of the now-legal local cannabis, it always helps to look at a local flagpole, eh? We're told that flag is made of hemp. 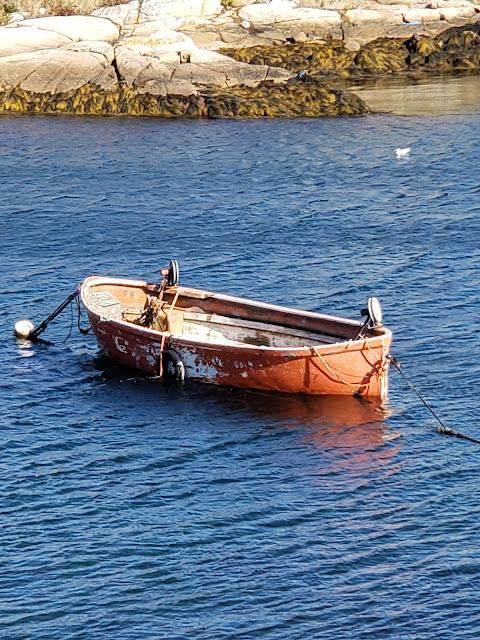 And, finally, a symbolic photo showing man's struggle for solitude in an increasingly crowded world, adrift in a sea of confusion. At least that's one interpretation of this picture but, hey, whatever floats your boat.

Until next time kidz, this is The LG Report signing off...
Posted by Lazarus at 8:52 PM No comments: Links to this post