LG is, as you probably know, a well-loved figure in Africa.  He gets emails from people on that continent all the time offering him great riches and honors.
But LG realizes that the average American is not so fortunate.  Thus, as a public service to his fellow Americans, LG offers this critique of a recent email that he received from Africa, a sort of Rosetta Stone so that you may decipher the complexities of African opportunities as only LG can help you.
LG's insights are in red below
_________________________________________ 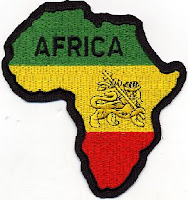 I SHALL BE COMING TO YOUR COUNTRY FOR AN OFFICIAL MEETING ON TUESDAY [Now LG is a bit confused.  LG lives in America and this note is from the American ambassador to Nigeria yet he's referring to the United States as "your country." I guess he's been in Nigeria so long that he no longer feels like an American.  That'll happen....] AND I WILL BE BRINGING WITH YOUR FUNDS OF $28M ALONG WITH ME BUT THIS TIME I WILL NOT GO THROUGH CUSTOMS BECAUSE AS AN AMBASSADOR TO NIGERIA, I AM A US GOVERNMENT AGENT AND I HAVE THE VETO POWER TO GO THROUGH CUSTOMS. [Impressive!  The ambassador must have veto power over proper grammar and sentence structure too!]

AS SOON AS I AM THROUGH WITH THE MEETING I SHALL THEN PROCEEDE [Ignore typos like this, afterall, the U.S. Ambassador to Nigeria has better things to do than spell correctly.]  TO YOUR ADDRESS. (SEND YOUR CELL PHONE NUMBER AND THE ADDRESS WHERE YOU WANT ME TO BRING THE PACKAGE).YOU HAVE REALLY PAID SO MUCH IN THIS DELIVERY THAT MAKES ME WONDER. [Intersting, LG has never heard of you or this matter before but apparently he's paid so much already....]
YOU ARE A VERY LUCKY PERSON BECAUSE I SHALL BE BRINGING IT MYSELF AND THERE IS NOTHING ANYONE CAN DO ABOUT IT.  [LG bets that Chuck Norris could stop you.]

YOUR PACKAGE ($28M) MUST BE REGISTERED AS AN AMBASSADORIAL PACKAGE FOR ME TO DEFEAT ALL ODDS AND THE COST OF REGISTERING IT IS $200.THE FEE MUST BE PAID IN THE NEXT 50 HOURS VIA WESTERN UNION SO THAT ALL NECESSARY ARRANGEMENT CAN BE [Luckily, both UPS and Fedex know that I regularly receive Ambassador Packages with millions of dollars in them so LG's credit is good with both delivery companies.]

MADE BEFORE TIME WILL BE AGAINST US.SEND THE FEE VIA MONEY GRAM OR WESTERN UNION MONEY TRANSFER [LG would feel more comfortable if our country's diplomatic ties with Nigeria didn't depend on someone with the language skills of a goat.]

RECEIVER'S NAME:TONY AKA [Wait a minute, Tony A.K.A. what? Finish that thought so that LG knows what Tony is also known as.  LG didn't fall off the turnip truck yesterday!]

AS SOON AS YOU SEND THE FEE MAKE SURE YOU SEND ME THE PAYMENT INFORMATION.
MY FLIGHT IS TUESDAY AND I EXPECT YOU TO COMPLY BEFORE THEN SO THAT THE DELIVERY CAN BE COMPLETED. IF YOU DO NOT COMPLY, THEN IT WILL NOT BE MY FAULT IF YOU DO NOT RECEIVE YOUR PACKAGE. CHECK ON HERE WEBSITE TO READ MORE ABOUT ME ( http://www.state.gov/r/pa/ei/biog/99592.htm.) ALSO ATTACHED IS MY INTERNATIONAL PASSPORT FOR YOUR VIEW AND PROOF. [No need to yell Mr. Ambassador, nobody is deaf here and just about your entire note has BEEN WRITTEN IN CAPITALS! THERE HOW DO YOU LIKE IT!!!]

AMBASSADOR Terence P. McCulley .
UNITED STATE OF AMERICA AMBASSADOR [LG found the flaw in this otherwise brilliant scam: This guy is from the "United State" of America.  What has he done with the other 49 states?  And which state is still remaining, LG is moving there pronto to spend his $28 million in peace!]
TELEPHONE NUMBER +234-8164012731 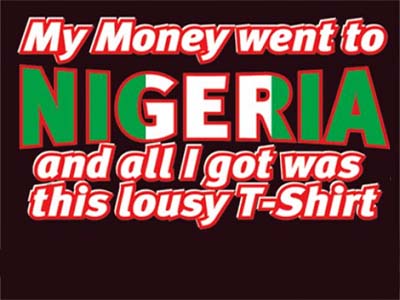 That's it folks, thanks for stopping by!
Posted by Lazarus at 4:40 PM 5 comments: Links to this post 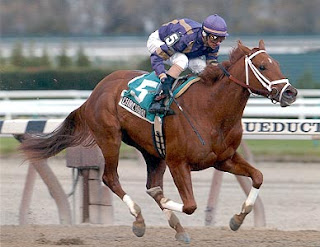 I'll buy a racehorse and name him "Your Balls," just so that I can pull him from a race and hear the announcer say "Scratch Your Balls!"

She's just asking to be hit up for celebrity fundraisers with a name like "Ellen DeGenerous."

Just the sound of his name makes me want to avoid playing cards with Donald Trump.

I was going to go to Thailand on vacation but it was expensive, so I said Phuket.

Watching the Tony Awards. Betting on Tony Bennett and Tony Blair to win most. Can't wait for the Lazarus Awards next month. 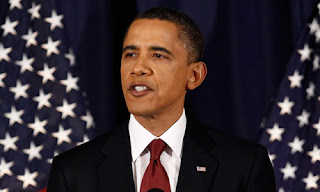 Rapper, clearly pandering to female fans, changes his name to "50 Cents of Grey."

If President Obama was really born in Kenya he would've won the Boston Marathon by now.
Pakistan is helping us fight terrorism like Ben and Jerry are helping Rosie O'Donnell lose weight.
I had a friend who died of a heart attack caused by his restless leg syndrome medicine. But damn if his leg wasn't stationary in that coffin!

I'm writing a male-oriented book about the assessments by various architects of the former NY Mets stadium. It's called "50 Grades of Shea."

The NBA championship match-up sounds like a Florida weather forecast: The Heat vs. The Thunder.

Author E.L. James is flush with 50 shades of Green.

Australian coroner declares that a DINGO ate the baby, apologizes for cloud of suspicion that hung over Ringo Starr.

LA Kings win the Cup just before Stanley loses its endorsement deal. Next year it becomes the Black & Decker Cup.

Obama wasn't born in Africa. I know this b/c his fundraising emails don't notify me of an inheritance nor do they ask for my bank details.

Fact: Horses who don't win the Belmont Stakes end up as Belmont Steaks.

I am well known as a trustworthy man in Africa. People email me all the time to confirm it. 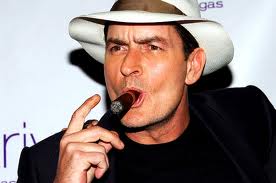 BREAKING: "I'll Have Another" scratched from Belmont Stakes, but the horse was bought by Charlie Sheen and Mel Gibson.

Attorney General Eric Holder has appointed 2 people to investigate White House leaks. But that's not public yet so don't tell anyone.

Foreign journalists seeking info on the Nigerian plane crash are asked to prove their identity by sending along their bank account information.

That's it for today folks, thanks for stopping by!
.
Posted by Lazarus at 11:13 PM 4 comments: Links to this post