Our Next City: Lucerne, Switzerland

Lucerne is in the north-central part of Switzerland in a predominantly German-speaking area of the country [Since most of you don't know much about Lucerne, LG is going to take some literary license here.]

Strangely, the residents of Lucerne can all fly under their own power, like birds, and can read minds. The can also do perfect Al Pacino impersonations.  Each home in Switzerland is required by law to be outfitted with a "Cone of Silence" like the one in "Get Smart" in case the country is invaded and residents need to make secret plans. All Swiss share the birth date of August 15th and, thus, birthday cards are difficult to find for purchase in July .

Now that we have that out of the way, here are some photos: 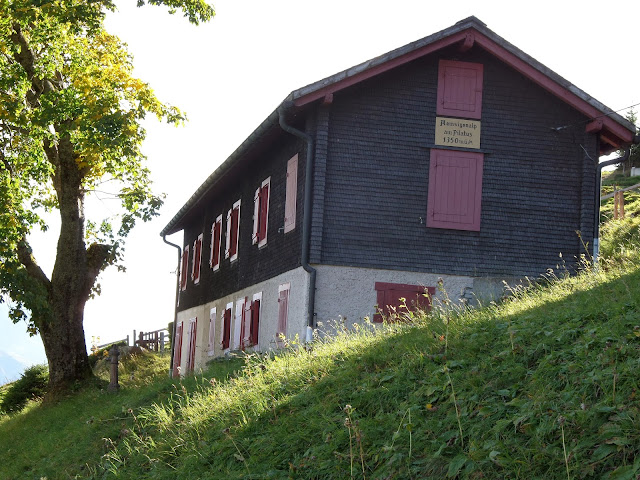 This is a barn in the Swiss countryside.  LG figured that he'd post a relatively boring photo to start things off so that the subsequent photos will look that much better.  This plan should work unless, of course, you're Amish and/or a barn aficionado, in which case this is an exciting picture so enjoy! 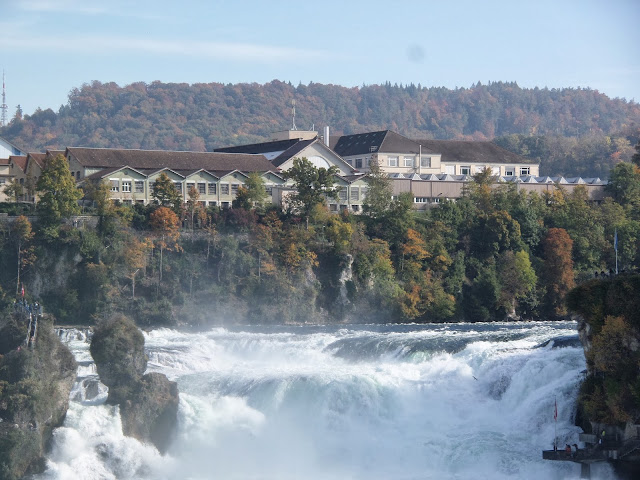 This waterfall is in a town on the way from Heidelberg to Lucerne.  LG didn't catch the name of the town (if, indeed, anyone even bothered to throw it) so we'll just refer to it as Niagra Falls East.  LG surfed over these falls using a tray from the rest stop cafeteria. 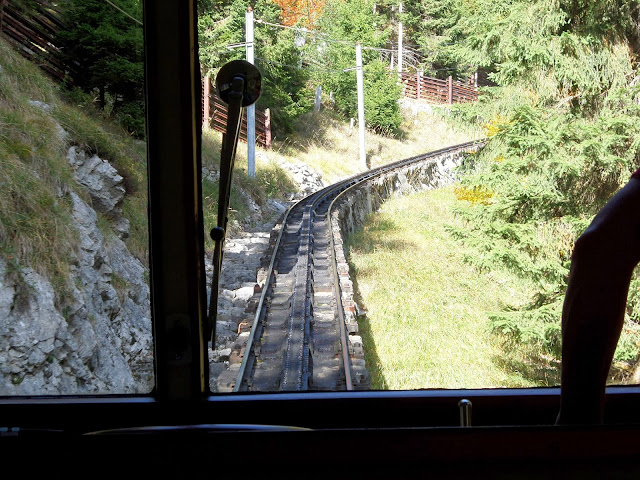 Just outside of Lucerne is Mt. Pilatus.  Ladies: It's where Pilates was invented! (Not really, sounds good though...) This is the view from a train that goes to the top of the mountain.  This train runs on the steepest incline of any train in the world according to the very authoritative tourist brochure that they hand you.  It takes about 30 minutes to get to the top of the mountain at a low rate of speed.  That's a long time to be staring at the old Floridian with protruding ear hair sitting opposite you. 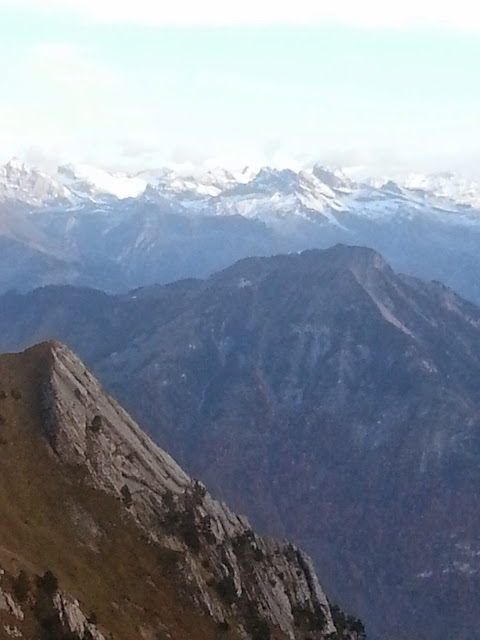 This is the view from the top of Mt. Pilatus.  LG will shut up now and let you enjoy it... 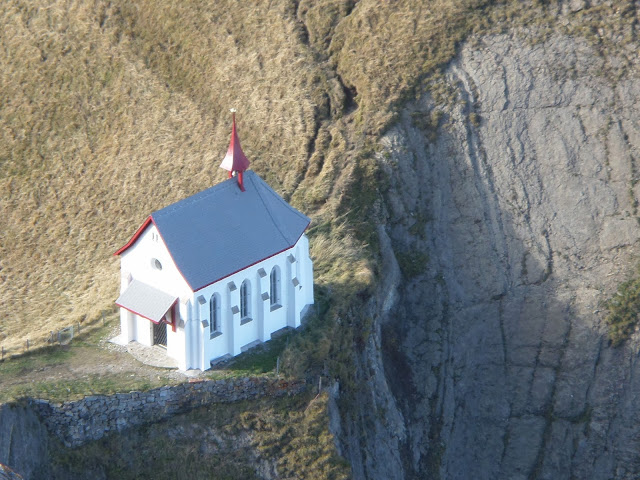 This is a church on the side of Mt. Pilatus.  There doesn't appear to be much parking. 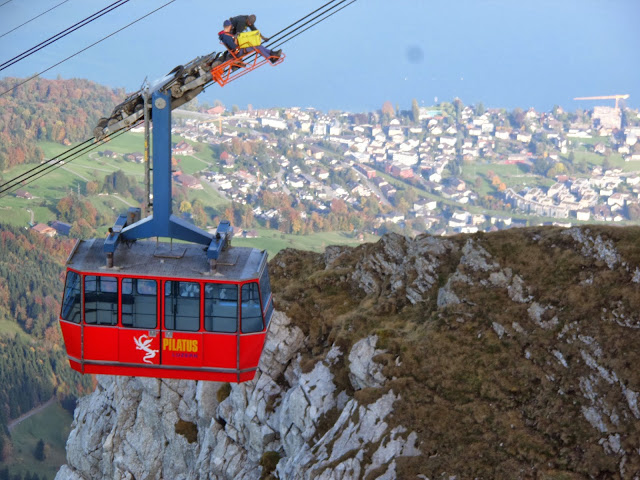 This is a cable car that runs to the top of Mt. Pilatus. It was empty this day because there was a special promotion, a free ride to the top of the mountain for people who don't enjoy reading The LG Report. As you can see, nobody took them up on the offer! 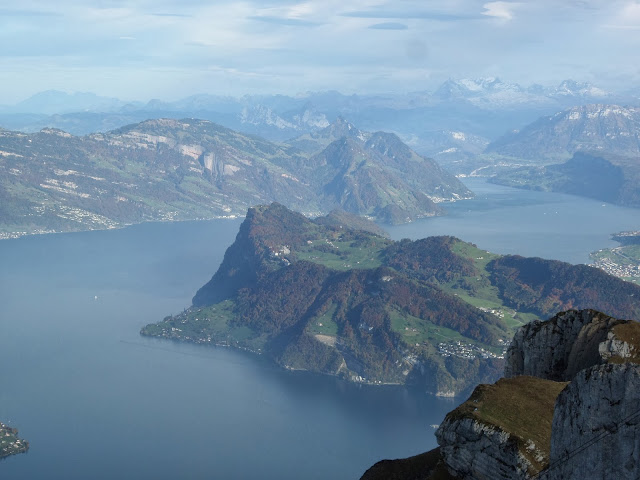 Another view from the top of Mt. Pilatus.  That's Lake Lucerne (you were expecting maybe Lake Michigan?) LG ran into Diana Ross on the mountaintop and asked her if she would like to throw her ex-husband off after their bitter divorce.  She said "Ain't no mountain high enough." 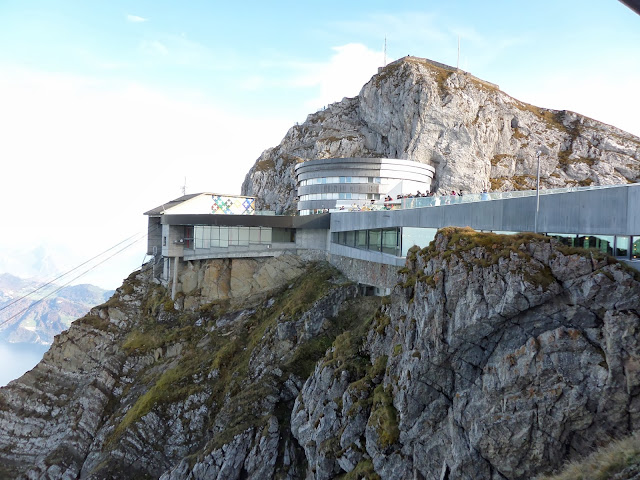 This is the last photo of Mt. Pilatus (LG promises.)  There is a hotel at the top of the mountain.  It seems like a stupid place to stay, you're pretty much isolated with nothing to do but stare at the views and hope to be photographed for The LG Report. 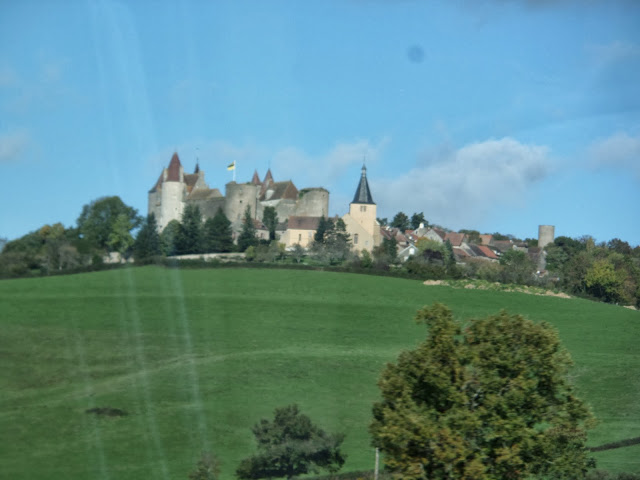 This was a castle on the way to Lucerne.  This photo is out of order chronological but you wouldn't know that had LG not just confessed.  It's owned by a guy who made a fortune from selling the surplus cheese that is carved out of the holes in Swiss cheese. 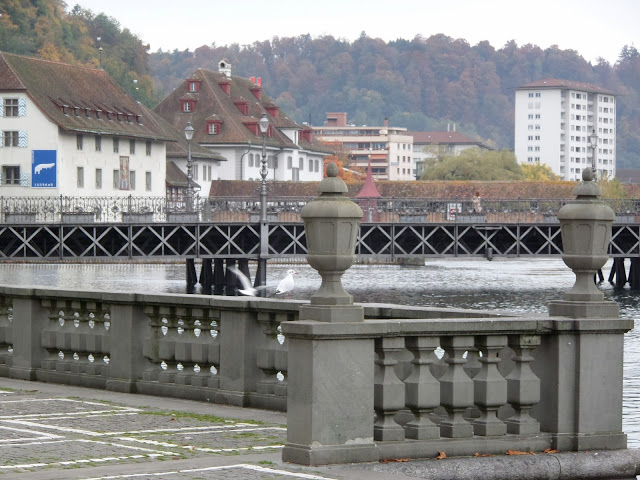 This is part of the town of Lucerne itself, which was built on the shores of Lake Lucerne.  It's just a pure coincidence that that town and lake both share the name "Lucerne." 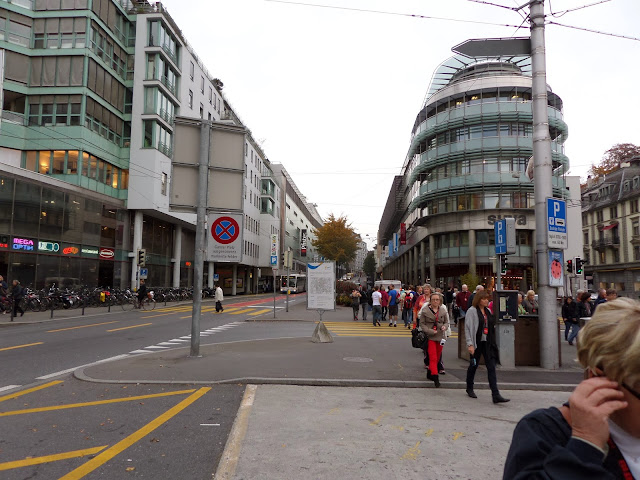 This is a more modern area of Lucerne. People tend to scratch their ears a lot in this section of town.  This is not a great photo.  LG didn't want you to become spoiled with only great photos. This is the lima beans of photos, you have to consume it before getting to the cake. 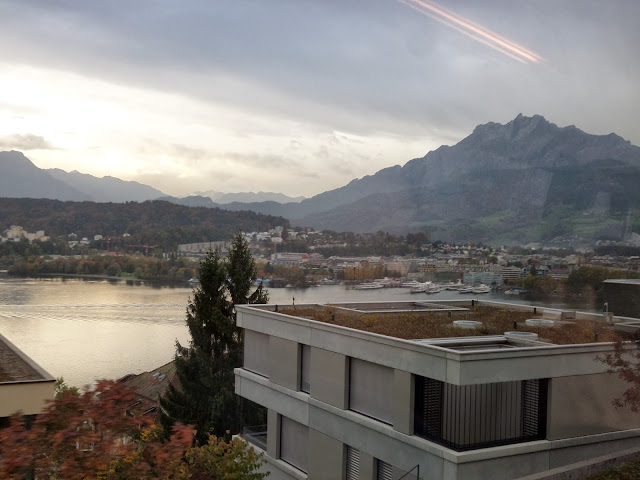 This is a view from the upper part of Lucerne, where all of the wealthy people live.  They don't like people like you (or LG) driving through their neighborhood.  And they certainly don't like them taking photos.  Pretend you didn't see this.  Interesting fact: Simon Cowell periodically appears on TV in the house in the foreground. 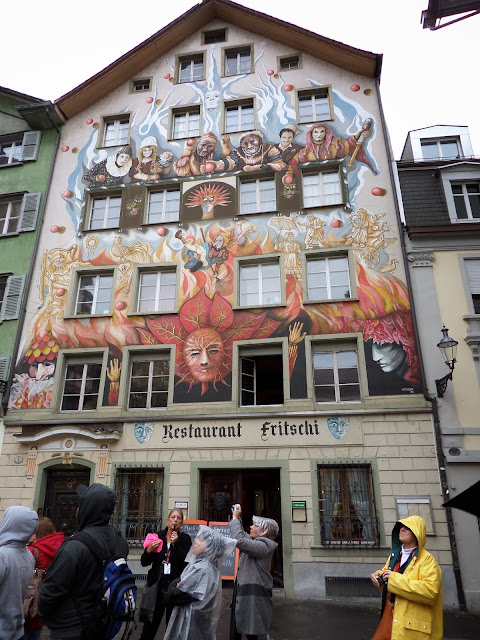 This is a landmark restaurant in Lucerne, owned by Lionel Fritschi, former lead singer of The Swiss Commodores. The Gorton's Of Glouster fisherman was visiting (that's him on the right), trying to sell his fishcakes to local restaurants.   On this trip LG started a hobby of taking photos of tourists taking photos.  This is one of many such shots. 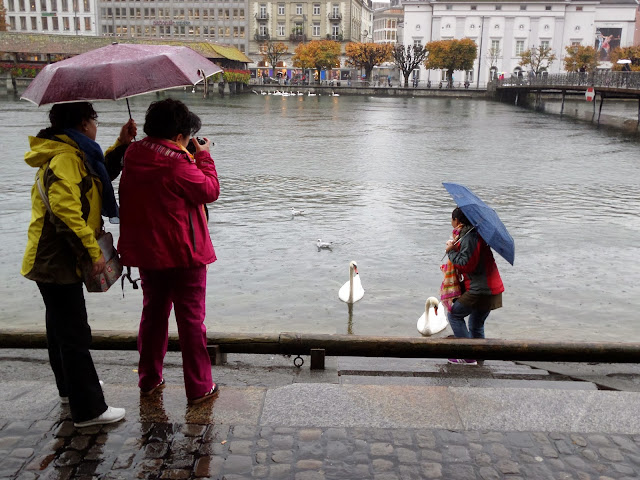 LG finds something strangely amusing about taking photos of people taking photos.  He told that lady with the blue umbrella to take one more step back to maximize the photo's entertainment value and she responded with a string of what LG believed to be Japanese profanity.  LG knows profane words in almost every language. He took "Rosetta Stone for Juvenile Troublemakers." 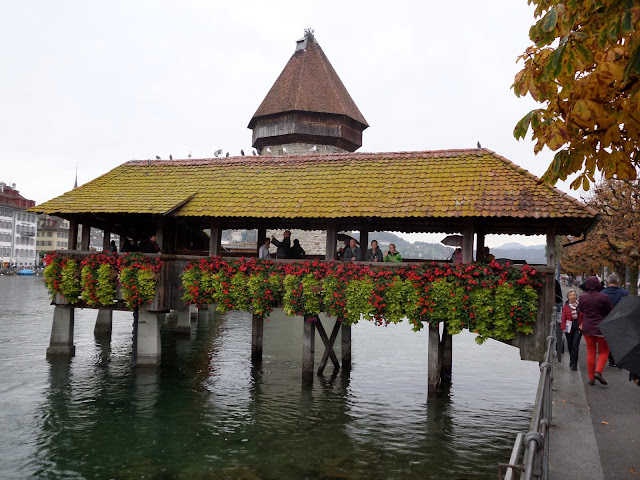 This is supposedly the most-photographed spot in Lucerne.  It's a very famous covered bridge.  LG suggested to the mayor that they knock it down and erect a floating Starbucks. 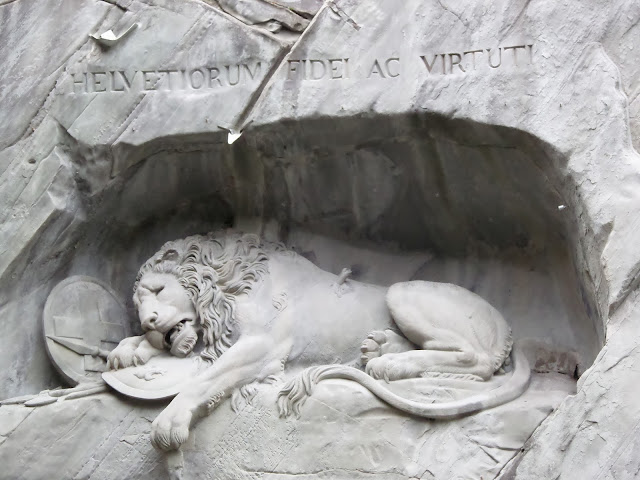 This is supposedly the second-most photographed spot in Lucerne.  It's a sculpting of a lion, the symbol of Switzerland, carved into the side of a large rock/cliff/whatever-you-want-to-call-this-big-ass-stone-formation.  The lion is said to be crying because his internet access was cut off and he couldn't read that day's LG Report about Lucerne.  Just speculation.  There's actually a good story behind this sculpting but LG isn't going to tell you.  See Mr. Google. 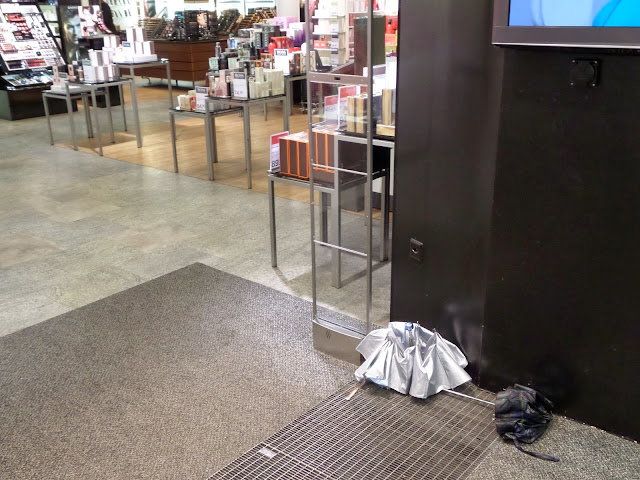 LG took this photo at the entrance to a department store in Lucerne because it fascinated him that people simply left their umbrellas at the door and trusted that nobody would steal them.   In order to teach the Swiss what America is like, LG stole these umbrellas.  They're now for sale in The LG Report Store. 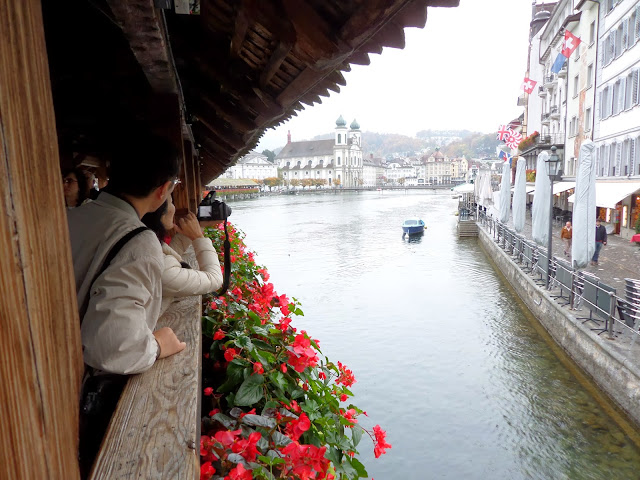 Here's another photo of tourists taking photos, this time off that famous bridge. These poor people didn't realize how BUSTED they were by The LG Report. 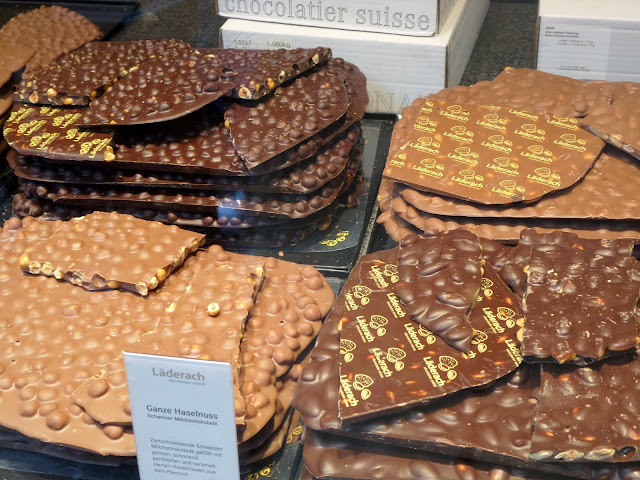 Switzerland is known for chocolate - and for good reason.  The Swiss make a tasty chocolate which is palpably different from its American counterpart.  Here's a look at some sweet delicacies available at a confectionery shop in Lucerne.  The only thing sweeter on this trip was Mrs. LG (LG is in need of some brownie points, pun intended, at the moment.) 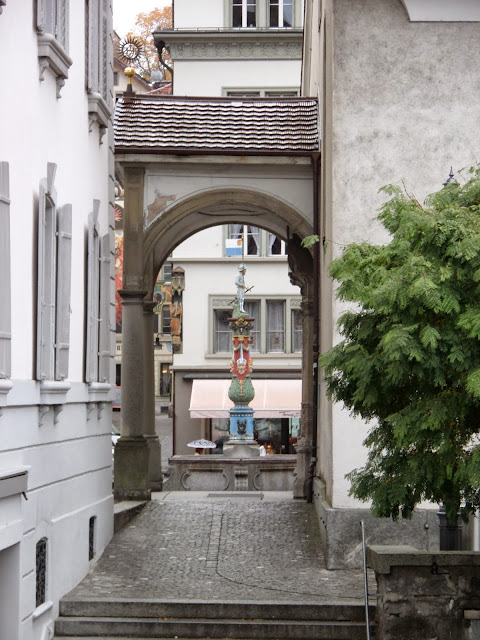 This is another street scene in Lucerne, as you can discern.  Observe and learn.  You keep what you earn, said Laura Dern.  Is that tree a fern? 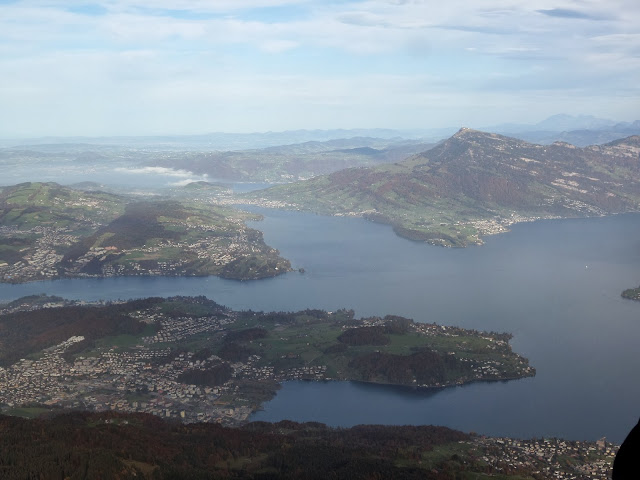 And, finally, we leave you with this aerial view from the top of Mt. Pilatus.  We hope you enjoyed this pictorial tour of Lucerne as presented by The LG Report.  The last stop in LG's and Mrs. LG's recent European vacation, the City of Lights, Paris, will be coming soon.


Thanks for stopping by!

Posted by Lazarus at 12:04 AM 6 comments: Links to this post