LG used to live in New York City, as many of you know.

Now LG lives in the sticks of Pennsylvania farm country. The S-T-I-C-K-S. [LG doesn't know why he wrote "sticks" like that, it just seemed to give it a more stick-y feeling.]

This year's tree probably came from LG's town.  Come to think of it, LG has noticed a big tree missing from the town square...

Actually it's not that bad here in Pennsylvania [Note to authorities: The Wife just slapped LG after reading the previous paragraphs over his shoulder.  Send help!]

LG still visits New York City about two or three times a month when he's on parole for work.

LG was there recently and took a few photos at Rockefeller Center for the viewing pleasure of readers of The LG Report who couldn't visit in person this year.  Please enjoy responsibly. 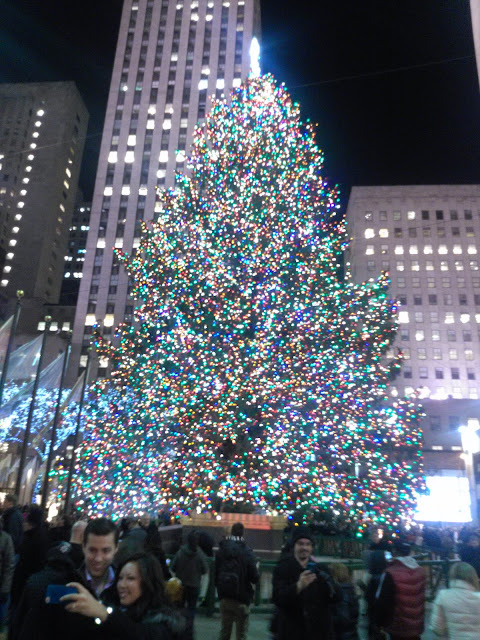 This is a view of the tree from the north side. It's a big mofo.  While LG was taking this picture, his wallet was pickpocketed.  Luckily, he made up for that loss by offering to take a photo of the couple in the foreground who were taking their own self-portrait.  They handed LG their camera and he ran off with it.  LG got $200 for it at a pawn shop.  What goes around comes around... 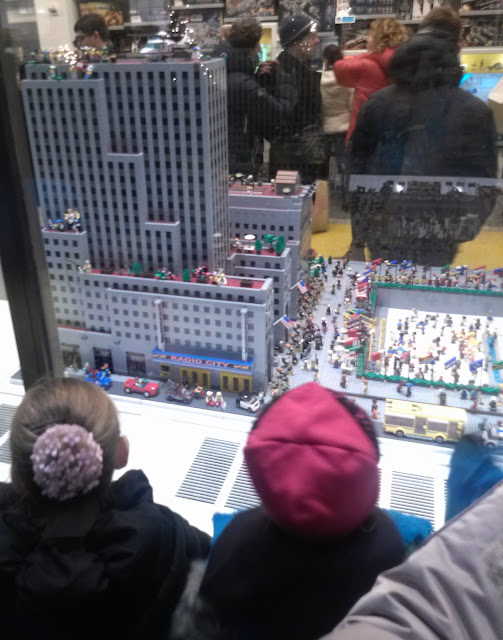 Here's an aerial view of Rockefeller Center from a helicopter that LG hired just for the ocassion (billing the cost back to The LG Report, of course.)  No, that's not a Lego structure and those aren't children in the foreground.  Those are mutant zombies that LG had to fight off in order to get this picture.  You're welcome. ﻿ 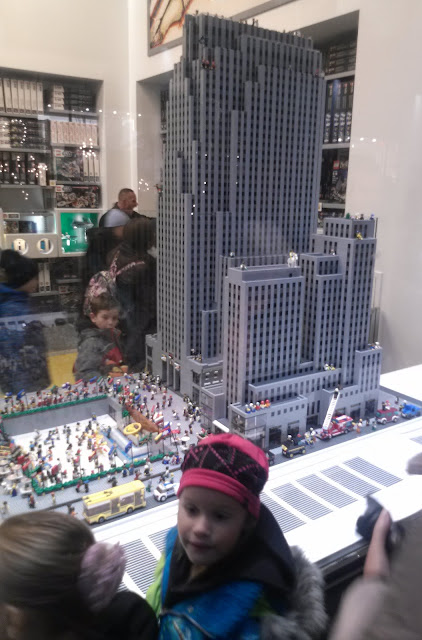 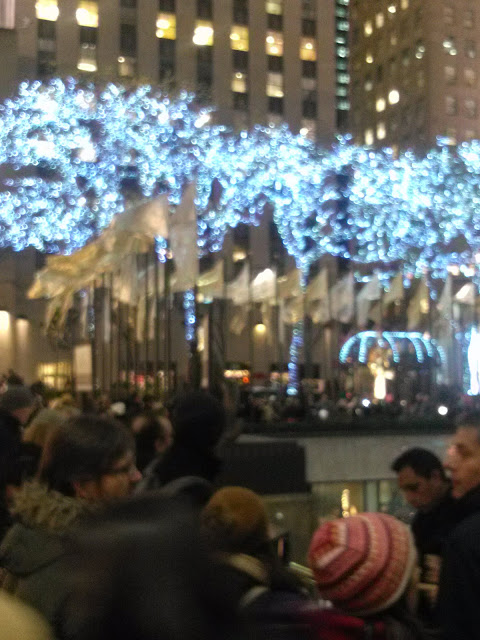 ﻿
Funny caption for this photo under repair.  Please come back again soon. ﻿ 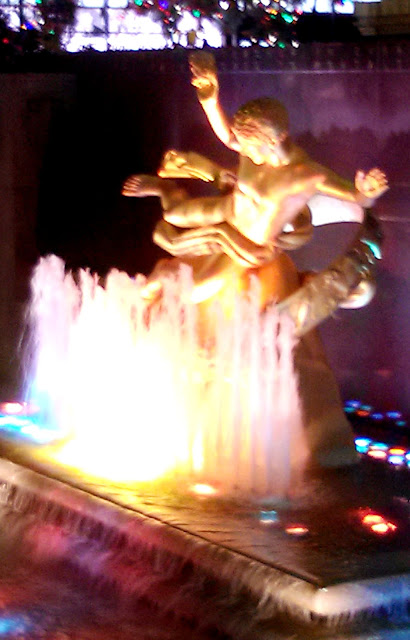 This is the statue of Prometheus in Rockefeller Center.  Here, get your learn on:  According to Greek mythology, Prometheus was a Titan who defied the will of Zeus and brought fire to Earth, helping mortals while risking harsh retribution from the authorities. The mountain-like-pedestal at the base of the statue symbolizes the earth, while the circle containing the signs of the zodiac represents the heavens. The red Balmoral granite wall behind the statue has a quotation from Aeschylus: "Prometheus, teacher in every art, brought the fire to earth that hath proven to mortals a means to mighty ends."  Next time you're there, you can impress the hobos with your knowledge! 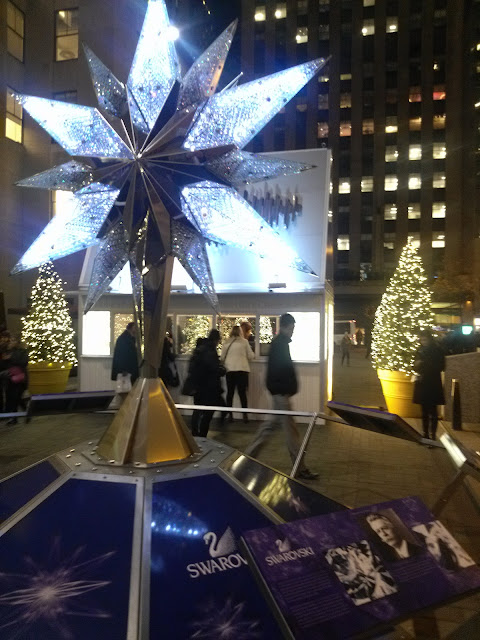 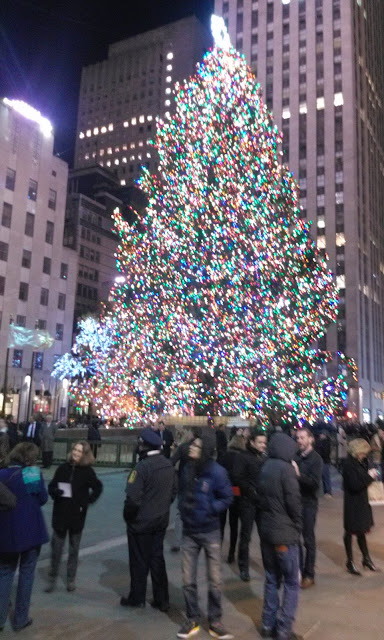 Another view of the tree.  Pictured in foreground: People who had no idea they'd ever be lucky enough to make it onto The LG Report. They probably would've dressed better if they had any advance notice. 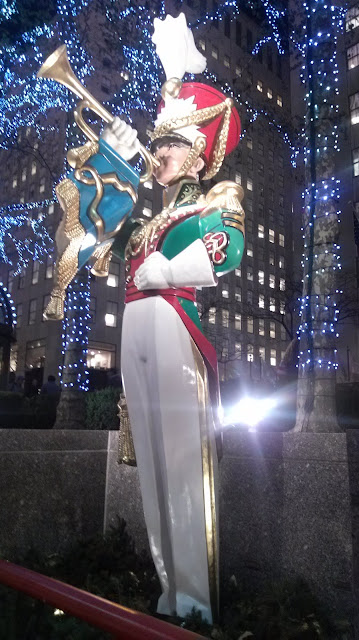 No, he's not a real person. 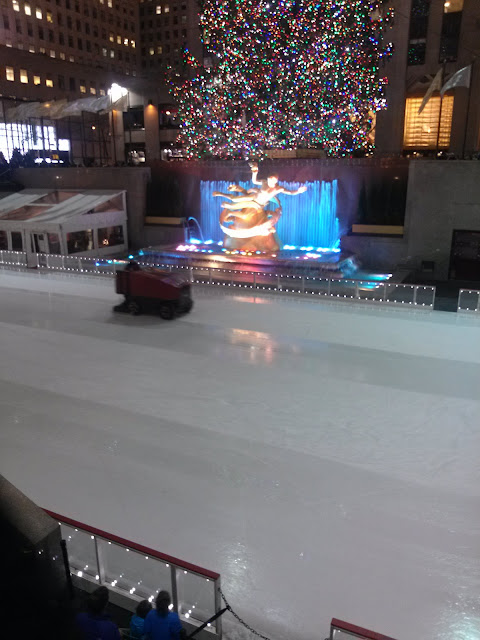 In honor of the NHL strike, ice skaters refuse to use the rink at Rockefeller Center.  If you believe that, LG has a bridge to sell you. Actually, this was a skating party for all of the effective and reasonable members of the U.S. Congress. 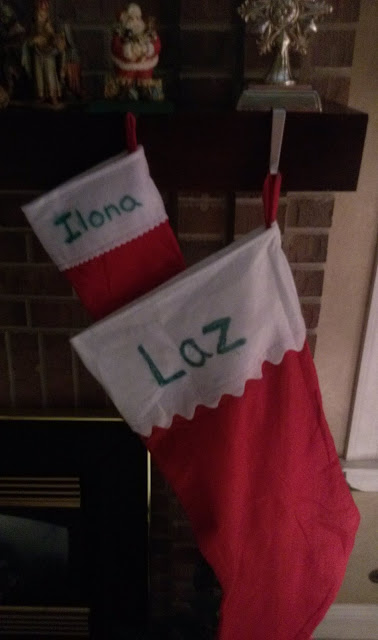 Finally, a photo of LG's and The Wife's Christmas stockings.  As you can see, Santa thinks so highly of LG that he forces LG to have a Costco-sized stocking to be stuffed with all of the goodies that LG deserves.  This has absolutely nothing to do with the fact that LG was in charge of purchasing both stockings last year.

That's it for this time kidz.  It appears that The LG Report is only publishing monthly at this point, but LG will try to post a bit more frequently in 2013 (as if you care, we know...)

From everyone here at The LG Report (a staff of thousands, internationally), we wish you a very happy, healthy and prosperous 2013!